Home Video World’s First Zombie Proof House
SHARE
Facebook
Twitter
Attention Savvy Preppers!Ready to take your survival education to the NEXT LEVEL? Learn how you can survive in every situation here, as get a free prepper checklist.Click Here >>

Architects have announced the successful construction of the first ever house explicitly designed to protect its inhabitants in the event of a zombie apocalypse.

The extraordinary building has been named ‘The Safe House’ and was designed by KWK Promes. The architecture firm explained that this building was designed specifically with maximum security in mind. To that end, the entire structure of the house is solid concrete with movable walls that can be folded in to make the building itself entirely and utterly sealed. At night time, or when the owners of the house are away, even the windows can be secured with a thick slab of concrete. 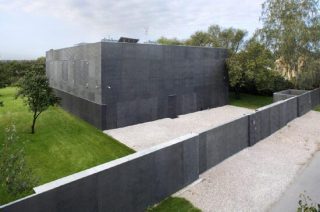 In addition to the imposing structure, the movable walls can also be set up in such a way as to only allow one advance point to the house leading to its entrance. The only way that a person can enter the house is to cross a drawbridge and climb up to the second floor. If someone unwanted manages to sneak to this point, they will be confronted with a door made of the same kind of material which tends to be used only for designing aircraft carriers and massive duty ships. Intruders are unlikely to be able to get through this door in a hurry.

While the dull grey concrete exterior might give the house a bit of a bleak and grim look, the inside of the house is surprisingly luxurious and cheerful. As well as sleek modern facilities, the Safe House also boasts a gorgeous roof terrace and even its private pool pavilion.

All of this adds up to a veritable modern fortress. The house might be of interest to celebrities concerned about over-zealous fans, or the super-rich worried about possible kidnap attempts. Alternatively, it might be of use to anyone if the zombie apocalypse ever strikes. 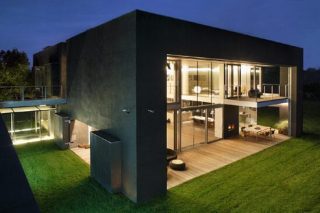 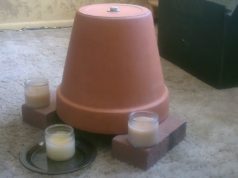 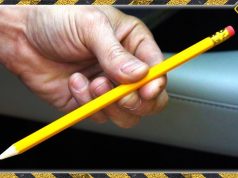 Can You Start A Fire With A Pencil? 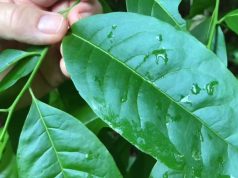 To Greatly Improve Your Bow Drill Success, Make Your Sets From A Living Tree And Dry Them Out