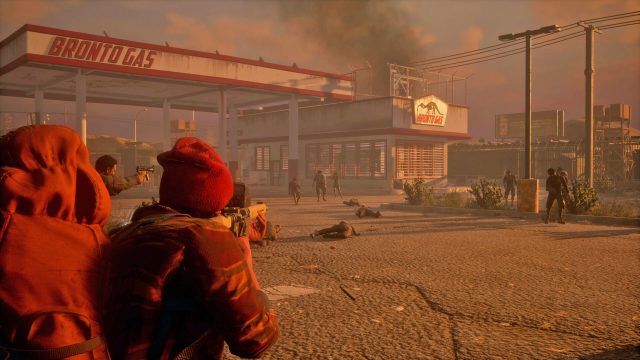 “So we’re looking at a community that’s just been through a nasty rough patch”, said designer Richard Foge, as we looked at State of Decay’s brand new community tab, featuring a group of very sickly looking survivors. “They started building a facility and they made a lot of noise and brought zombie siege. One of them took on a juggernaut but not before the juggernaut took out a few of the survivors – you can see their tombstones there. And she’s taken some damage herself, cracked ribs, concussion.”

This was the beginning of the Gamescom demo of State of Decay 2, a slicker, larger, more polished version of its predecessor (running on Unreal Engine 4) but with exactly the same central hook: making difficult choices. Undead Labs’ Jeff Strain and Foge plunged us straight into the aftermath of a brutal zombie attack, where the decision was, basically, die along with your two unwell comrades, or fight to keep your community alive.