Home Video Primitive Technology: A-Frame Hut
SHARE
Facebook
Twitter
Attention Savvy Preppers!Ready to take your survival education to the NEXT LEVEL? Learn how you can survive in every situation here, as get a free prepper checklist.Click Here >>

I built an A frame hut as a large work space for projects. First I made a celt hatchet to cut timber for the hut. The axe head was made of amphibolite and the handle was made of a species of wattle. For the hut the floor plan was 4 X 4m. The height of the ridgeline was 2 m above the ground. +A post was planted in the ground to support the ridge pole at the back of the structure and an A frame was put in the front to support the ridgeline.

The rafters of the hut were then attached to the ridgepole. Palm fronds were then collected, split and lashed to this frame. The dome hut was disassembled and its thatch was added to the structure. Approximately 1200 fronds were used in total. For the ridgeline, thatch was lifted in place and rested on without lashing it down. Instead, pairs of sticks lashed together were lifted in place sitting over thatch preventing it from blowing away. These are known as “jockeys” as they resemble a rider sitting on a horse.

Carve Your Own Cookware: 5 DIY Utensils For Camp 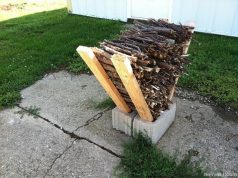 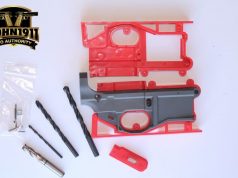