ESTABLISHING AN AFTER COLLAPSE ECONOMY WITH GOLD, SILVER & BARTER

In the event of a global catastrophe, in which all economies have become null and void, few things will serve as after collapse currencies as the new world arises. The current currencies that make up the world’s economies will be obsolete, or at most they will become utterly worthless. The shiny metal coins and pretty paper monies of central banks will be useless; nothing more than antiquated relics of a time gone by. They may continue to hold sentimental value for those who have them, collectible items as part of a new hobby, but their tangible worth will be of little interest to those looking to conduct business. 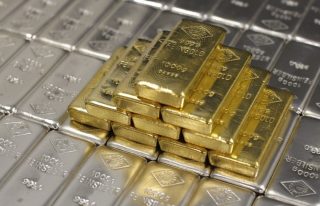 Those who have been in the prepper community for any length of time have already determined what they will stock and store to use as after collapse currencies. Many of these items will be of the barter variety; ammo, coffee, toilet paper, etc. However, there are a few items that are in use today as personal insurance against failing economies, such as gold, silver, and other precious metals 신치림 퇴근길 mp3 다운로드. Gold and silver have historically held intrinsic value, and although that value fluctuates with supply and demand parameters, these items will maintain more of their value, in an after collapse scenario, than any of their paper or coin currency counterparts currently circulating throughout the industry.

Why is Gold & Silver Necessary?

In the modern era people purchase gold and/or silver for one of three reasons; as a long term investment, as a hedge against inflation, or as part of their emergency preparedness plans. All three of these reasons are noble, but none more so than those that exist as part of the emergency preparedness complex. Individuals who are purchasing gold and silver for survival purposes are looking to position themselves favorably for an uncertain future. In the event a global collapse scenario occurs, these owners of gold and silver will have an edge on the new economies and after collapse currency exchanges that develop in different parts of the world; they will have a tangible item that can be used to secure goods and services without delay. In fact, they may be the very people who develop the new currencies and exchange rates, as they are the ones in control of historically valuable assets Download the Artisan program.

Individuals who are purchasing gold and silver for survival reasons are usually doing so as a preventive measure against an economic collapse. They fear that the fiat currency currently being circulated by central banking institutions, like the Federal Reserve, will be printed in such enormous quantities that the value of each piece of paper will eventually become completely worthless. These people have very good reasons for harboring that fear; history has shown that all paper currencies not redeemable in precious metals, such as gold and silver, eventually collapse. Argentina, Paraguay, and Brazil are but a few countries that have experienced recent economic collapses of epic proportions. 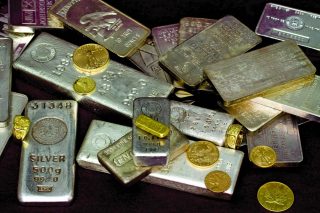 When you’re ready to buy gold and silver for survival purposes, small coins make the most sense (as well as cents), as they are easier to use in a bartering situation than their much heavier and bulkier cousins in the bullion category. Gold and silver coins can be carried in a small hidden coin purse or cloth bag, thereby reducing the possibility of being identified and targeted by those with ill intentions. 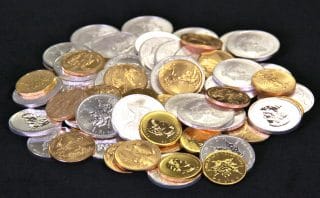 The best silver coins to consider purchasing and stockpiling for survival purposes are pre-1965 minted coins containing 90{c5b21c851374023fba1a0b8014a5a1a05302c4cf2c1729ef0fd09e1f2ec2b2fe} silver content. Preppers can also look into purchasing 1-oz. silver rounds. 90{c5b21c851374023fba1a0b8014a5a1a05302c4cf2c1729ef0fd09e1f2ec2b2fe} silver coins are referred to as “junk silver coins,” as they hold no numismatic value for collectors. This means that these coins are exchanged between parties based solely on the value of the silver content they are known to possess. That being said, if a serious financial meltdown ever occurred, these junk silver coins will serve the function for which they were minted; a form of currency exchange. 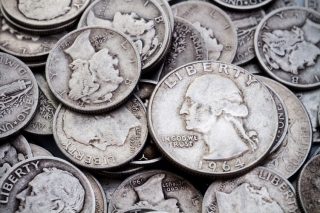 On the flip side of that coin, the best small gold coins to consider purchasing and stockpiling for survival purposes are going to be 1/10-oz funny video. & 1/4-oz. Gold Eagles, as well as 1/10-oz. & 1/4-oz. Krugerrands. Both of these gold coins, Eagles and Krugerrands, are also available in the larger sizes of 1/2 oz. & 1 oz., which preppers may want to consider as well. Unlike junk silver coins, small gold coins do hold numismatic value for collectors. Gold is often considered a better investment than silver due to the higher value associated with them. 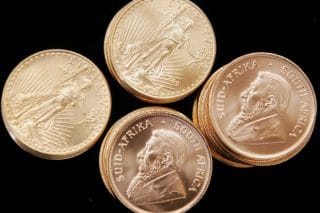 One of the big problems with gold coins is that they are not always stamped with how much gold they contain; this could be a problem for preppers in a post collapse economy as they may not be able to convince those without the knowledge as to the actual value of the gold content within each coin itself. For instance, British Sovereigns (a gold coin minted by Great Britain) are currently the most populous gold coin in circulation. Each British Sovereign contains .2354 ounces of gold each. If you stockpile mountains of British Sovereigns and attempt to exchange them on an after collapse currency market, then you may have to take a serious loss when making a transaction with someone who has never seen a British Sovereign before; they may not understand the percentage of gold, or be able to perform the math to come to an agreeable amount for the transaction at hand 윈도우 10 스토어 다운로드.

Some gold coins, such as the 1-oz. Canadian Gold Maple Leaf pictured below, have a fraction stamped on them indicating how much of an ounce of gold they contain. As we can see in the image provided, this particular version of the Gold Maple Leaf contains 1-oz. of gold. On this coin we can also see a value stamped upon the face in the amount of $50CAD ($50 on the Canadian currency exchange market). Obviously this could pose a problem for preppers as well during a post collapse transaction involving currency.

The new market may determine that gold is worth 2-3 times more, or less, than the original pre-collapse market price, which would make the value of each coin fluctuate accordingly. Another problem arises with the attempting to determine the post collapse conversion rate for Canadian currencies, especially if the market exists solely on American soil. At the time of this writing $50CAD was worth $37.98USD. Without a functioning currency conversion rate in an after collapse exchange, the actual value of the 1-oz 게임 튜너 다운로드. Canadian Gold Maple Leaf may be difficult to determine at best.

Bartering, in all of its various shapes and forms, will be the after collapse currency exchange system that develops and replaces the fiat currency system we are all currently familiar with using. While most of us do not realize it, we are already participating in some form of bartering in our daily lives. We barter for better behavior from our children; if they behave, then they can stay up an hour late. We barter for better prices when shopping for big ticket items, we may not be offering buckets of ammo in exchange for a vehicle, but we do try to get the best deal possible before walking out the door. It will be these skills that we have to rely and depend on in an after collapse currency system.

There is no shortage of solutions for stockpiling barter items; gold and silver just happen to be two of the most recognizable. Of the two, silver coins may be the best investment for those interested in preparing for survival purposes. The value of silver coins is often much less than that of gold coins, which makes them easier to use for small scale bartering opportunities Download Arduino hex. For example, you do not want to enter a bartering situation for toilet paper if all you have are 1-oz. gold coins; you are either going to lose money of the transaction, or end up with so much toilet paper you have no place to store it all, neither of which will benefit you personally. However, if you have a pocket full of small silver coins in a variety of denominations, you may be better prepared to make an exchange for toilet paper that is agreeable to both parties involved with the transaction.

Ammunition in a wide variety of calibers is also an item to consider stockpiling for survival purposes. Not only can ammunition assist with putting food on the table, and self-defense, but it can also be used as a type of currency on an after collapse market. The picture below displays the most common NATO rounds currently in use by militias around the world. In conjunction to gold and silver, ammo should be purchased in bulk quantities, primarily for the firearms you own personally, as they can be used for additional survival purposes mentioned above if nothing else. 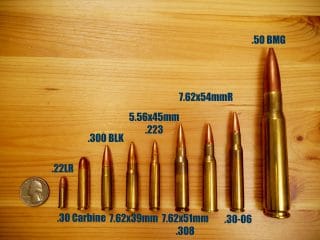 Why Barter Metals Are Necessary

One of the biggest fears preppers are currently concerned with is that of a potential banking crisis resume in English. Recent history is ripe with stories from Greece to Argentina, regarding the horrors that happen when a banking crisis occurs. As evidenced in these countries, citizens went to bed one evening healthy, wealthy, and happy, only to wake up the following morning to find all banks were closed, as were the ATM’s. These people had absolutely no way of withdrawing money in any form for several days. When the banks did reopen, the bankers had looted all personal accounts of clients, effectively confiscating money from each account to help pay off the government’s debt.

Another prevailing fear revolves around hyperinflation and the currency crisis that could occur as a direct result. Hyperinflation is used to make paper currencies less valuable. Modern day Venezuela is a prime example of hyperinflation in progress. As of 2014 Venezuela’s rate of inflation was hovering in the neighborhood of 60{c5b21c851374023fba1a0b8014a5a1a05302c4cf2c1729ef0fd09e1f2ec2b2fe}. In 2016 the inflation for consumer-priced products is expected to reach levels as high as 480{c5b21c851374023fba1a0b8014a5a1a05302c4cf2c1729ef0fd09e1f2ec2b2fe} masterpiece image. At this current rate of inflation, Venezuela will hit 1,640{c5b21c851374023fba1a0b8014a5a1a05302c4cf2c1729ef0fd09e1f2ec2b2fe} sometime during the summer months of 2017. This is all a direct result of abandoning relationships with the IMF (International Monetary Fund), the largest emergency lender of funds in the world. 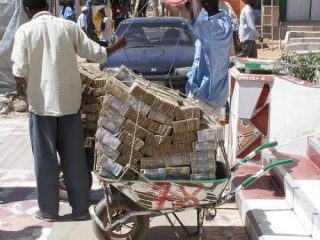 Certain people within the preparedness community have begun to develop healthy local economies that function on the trade and exchange of hard currencies such as gold and silver; effectively eliminating the government’s paper currency, and its inherent problems, from their daily lives. These people have not experienced a financial hardship as the direct result of conventional banking, they have just witnessed enough economic collapses around the world to get the jump on an inevitable situation before it has a chance of upsetting their apple cart.

We strongly urge our members to consider purchasing and stockpiling gold and silver coins for survival purposes. We also strongly urge our members to develop local economies that use the exchange of real money rather than paper products offered as part of the false promise campaign engaged in by the federal government when it turned over paper currency printing rights to the central bank known as the Federal Reserve Fritzing free download. Several local vendors would prefer dealing with real, hard money, rather than accepting paper promissory notes they would have to reinvest themselves, often with a purchasing premium attached, in order to realize the full value of the transaction. Speak with the local vendors and service providers in your area about setting up such an economy; it will benefit everyone that participates, both in the short term, as well as the long term.