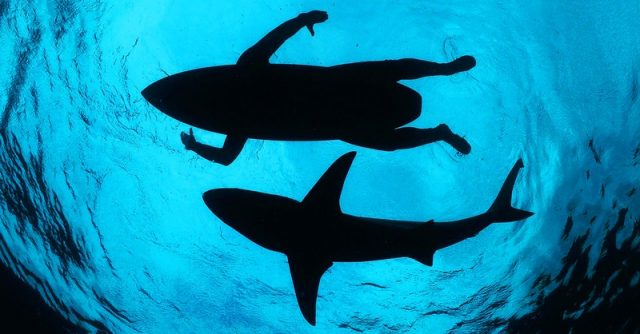 Women are safer from sharks than men, punching a shark isn’t the best defense, and most shark attacks occur during non-summer months. Surprised? Read on for more scintillating facts about shark attacks.

The real-life likelihood that you’ll have a close encounter with a shark is about 1 in 11.5 million, according to the International Shark Attack File. In fact, you’re more likely to be injured in a boating accident or bike wreck than you are in a shark attack. More good news: death by shark hardly ever happens. In 2017, for example, there were no fatalities from shark attacks in America. These are the tips that could save your life in the event of a shark attack.